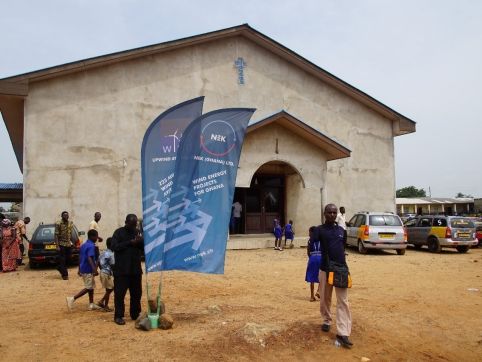 On 7th April 2016 the second large Community Engagement Event took place in the Presbyterian Church of Old Ningo. More than 300 people were present at this meeting in order to get additional information on the progress of the 225 MW wind park project.

The participants included representatives of the Ningo-Prampram District Assembly, the Ningo Traditional Council, Queenmothers, Community leaders and Elders of all 18 communities, Landholders, Farmer and and Fisher Folks, Women Groups, the District’s Health Management Team, the Drivers Union, the Great Ningo Youth Association as well as representatives of the Fire Service, Police and the Public and Vested Land Management Division.

The Chairman of the event was Mr. Mattew Tay, Ningo-Prampram’s District Co-ordinating Director, who represented the District Chief Executive. He expressed, that this wind energy project enjoys full support of the local authorities, since it will contribute to reducing the challenges the country is currently facing. He concluded that when the project becomes operational, it is hoped that the socio-economic living standards of the citizenry will be improved and Great Ningo shall become the ‘eye’ of the entire sub region.

The Acting President of the Ningo Traditional Council, Nene Kanor Atiapah III, expressed the joy of the chiefs and people of the Ningo Traditional Area to be beneficiaries of such a huge project. He said his people are privileged because the project when realized will render the Ningo Community to become a center of attraction. He appealed to his people of Ningo to share his view of the project and welcome NEK and Lekela to Ningo.

Following the welcome address of these two opinion leaders of the region, the presentation of the project developers started. The Community Liaison Officer as well as the Project and Development Managers from both, NEK and Lekela explained the various aspects of wind energy and provided an update on the development status. The presentation also highlighted the outcome of the socio-economic baseline study and the upcoming geotechnical investigations.

An open forum provided the platform for interactions between the project developers and the participants.  Questions bothering on community benefits as well as recruitment and maximising local employment for the people in the area were addressed by the Community Liaison Officer.

The event was a full success and helped the community to further understand the impacts of a wind energy project in their area. The feedback of all involved stakeholders was throughout positive.

Below can be found some pictures of the event. 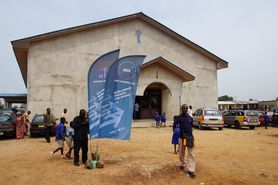 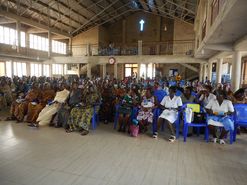 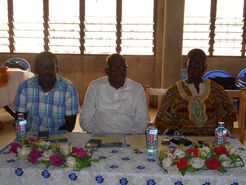 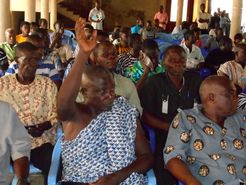 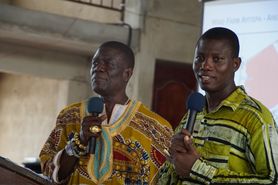 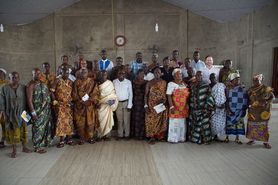 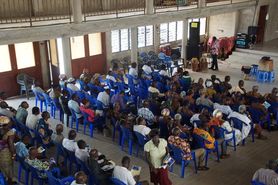 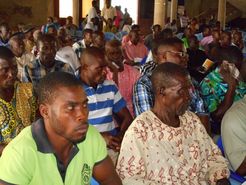 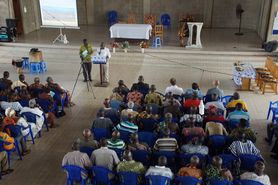