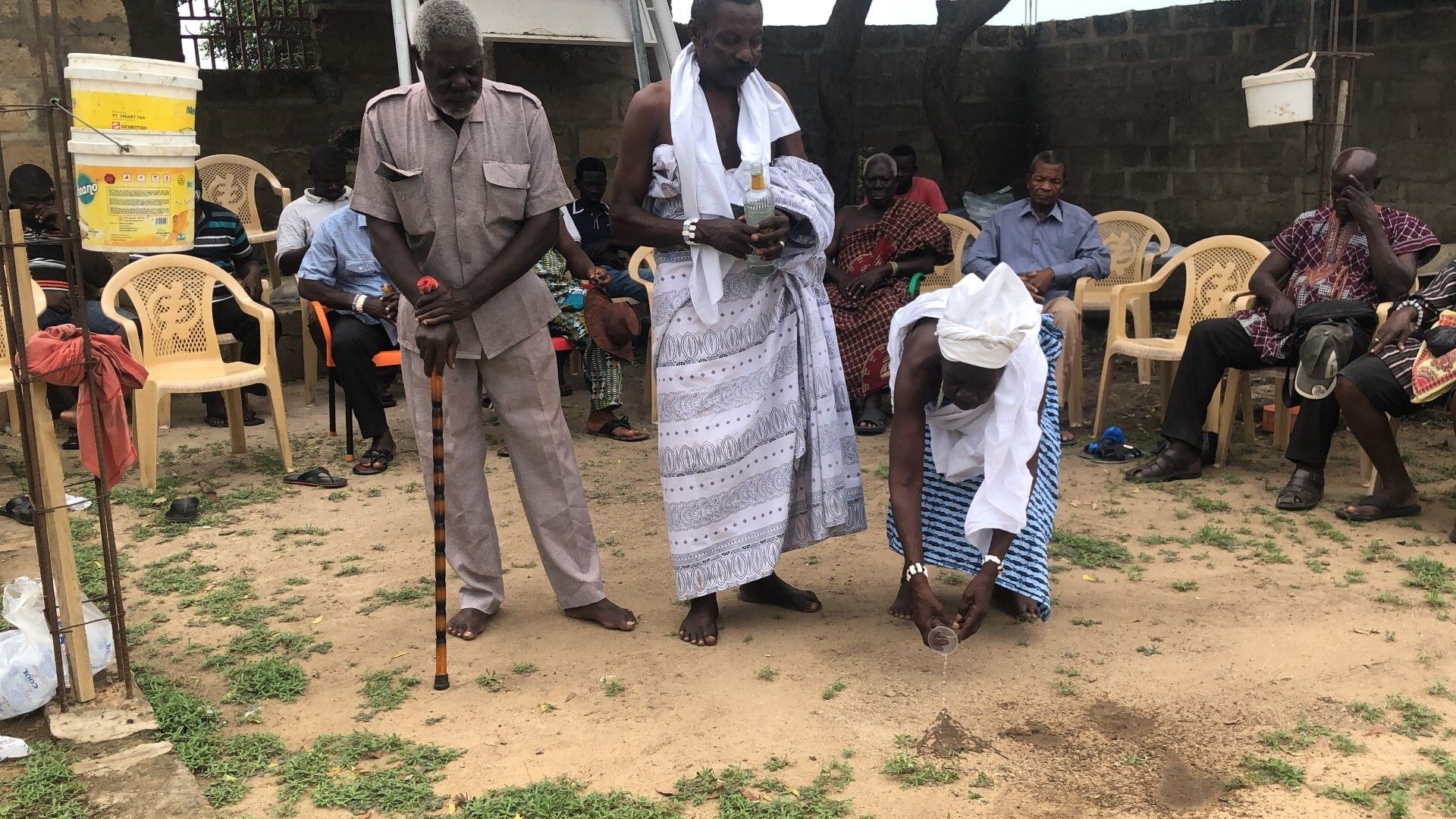 On 9th of October 2020, the official customary rites performance took place for the wind farms Koluedor and Madavunu at the Lomobiawe family house in Sege.

The performance of the customary rites was supported by us as project developers because it is important to us that local traditions are respected when a project is implemented at a new site or in a new region. As our planned wind farms shall become an integral part of the socioeconomic structure of the Ada West region, it is important that local traditions are granted and therefore take an active role as part of our community engagement program in the region where we develop our wind farms in Ghana.

The performance of the customary rites is an integral element of the culture of the local population and needs to be done before any action on the ground can get started. It is believed that these rites make the gods and ancestors of the land in favour of the project and will enable an incident free and smooth implementation of the projects. The customary rites consist of pouring libation, preparation and sprinkling of various foods and the slaughtering of animals to acknowledge the good omen.

Present during the procession were the heads and chiefs of the landowning Lomobiawe families as well as other opinion and spiritual leaders of the Ada West area.

This official ceremony marked the start of a series of individual, family-based customary rites. The Lomobiawe family head - Nene Lomo IV - explained: “This ceremony confirms the good relationship between the project developer NEK Umwelttechnik AG and our family. It is highly appreciated that tour local traditions are warranted in such an international and large project as the wind farms Koluedor and Madavunu are.”

NEK develops since several years the 160 MW wind farm Koluedor and the 200 MW wind farm Madavunu, for which now the customary rites have been undertaken. These projects form part of a wind energy pipeline developed by NEK in Ghana which consists of 5 wind projects totalling around 1,000 MW of installed capacity. While for the Koluedor wind project, the building permit already was issued from the District Assembly, this important authorisation shall be issued in the near future for the Madavunu wind farm.

Below can be found some pictures of the ceremony. 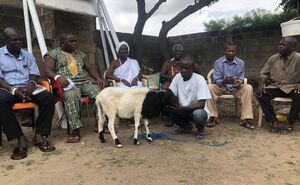 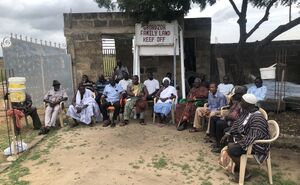 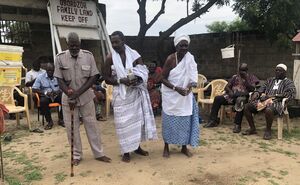